Interesting to look at but gastronomically unappealing.

This one was identified as possibly Amanita fulva where some volva has remained on the cap. 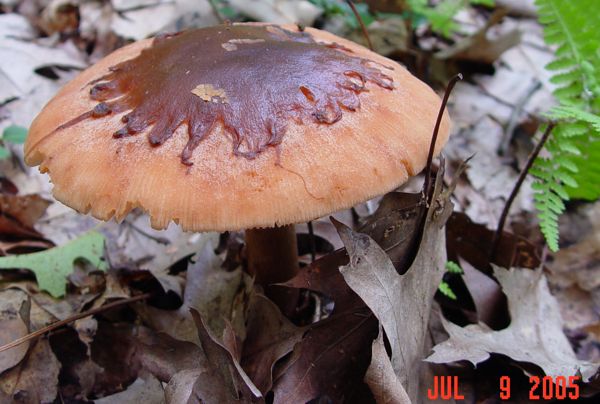 Here is a twig that has Witch's Butter plus a pale fungus that does not look like un pigmented Witch's Butter.  John Plischke III thinks it might be Tremella fuciformis. 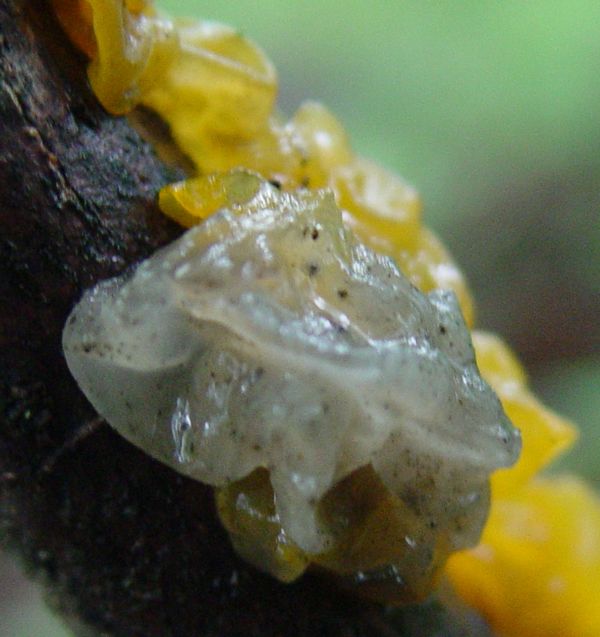 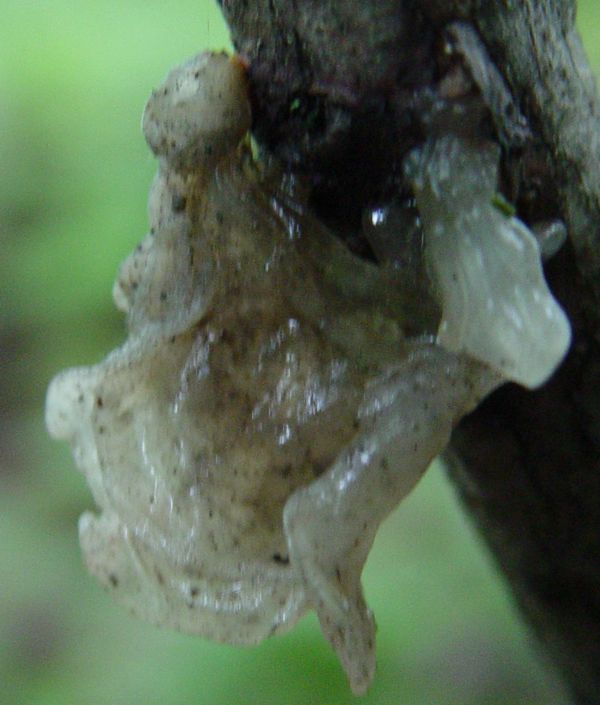 Here is a toothed fungus as hard as Birch Polypore, growing on the ground.
Ellen thinks it might be Hydnellum aurantiacum, common name Orange Rough-cap Tooth.
Thanks Ellen. 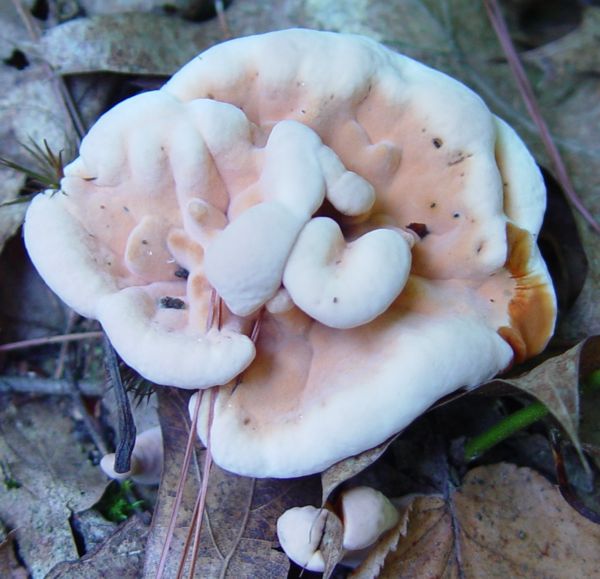 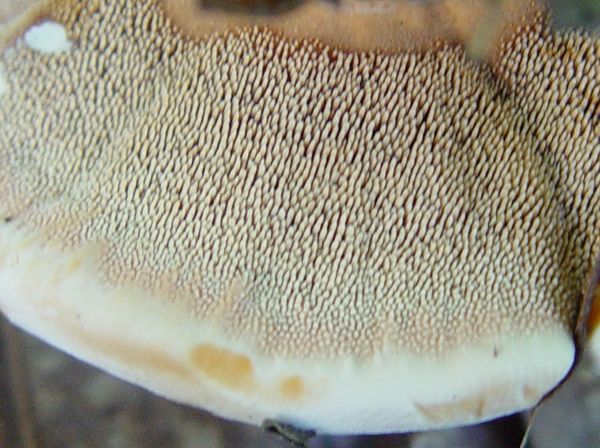 Here is another tough one that could not be dislodged from the ground.  It looks like it is sweating.
It could be a young Fomitopsis spraguei.  See this page. 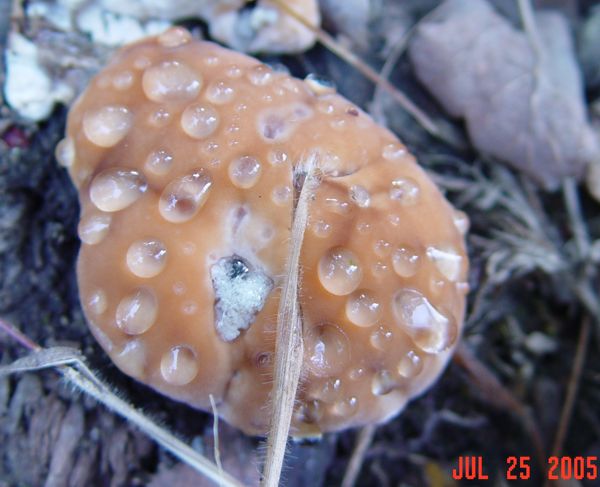 Here is a picture of a fungus that likes mushrooms as much as anybody.  It looks like it is having a bad hair day.  John Plischke III thinks it is Troll Doll Fungus aka Syzygites megalocarpus. 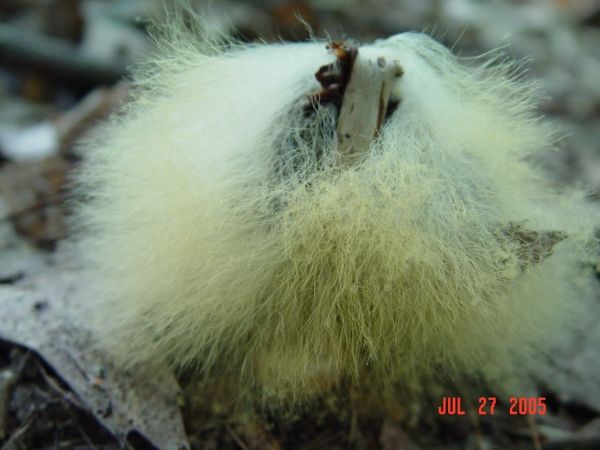 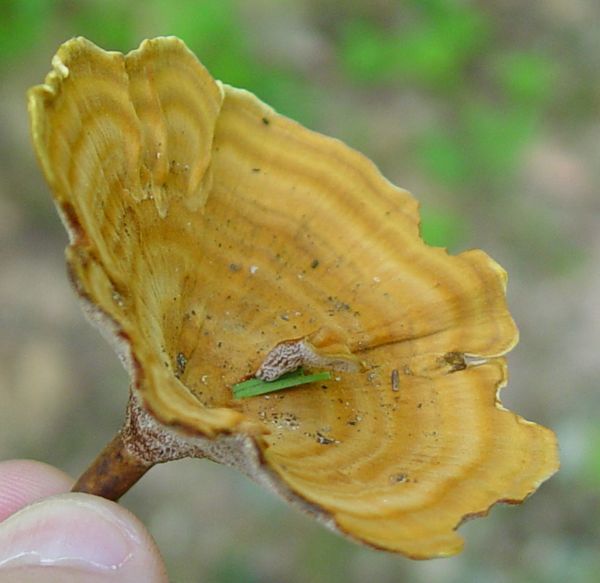 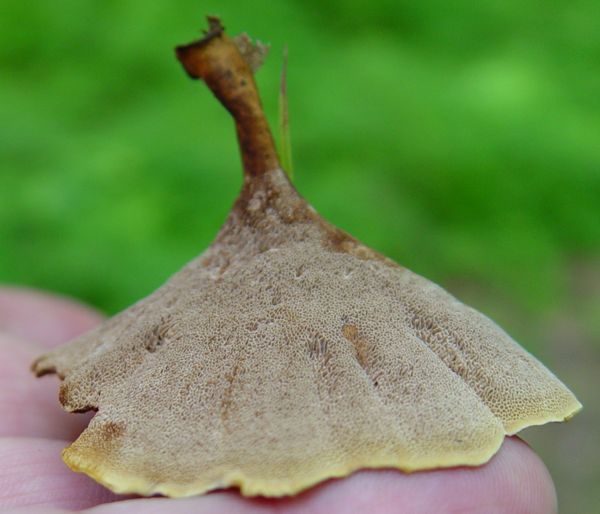 If it is not Coltricia perennis, I miss identified it on purpose so as to give you pleasure of correcting me :o)