April 27, 2004 I found my first Morel ever! It was growing on a side of a mound of dirt, about 10' high. It was about 8' from a foot diameter Quacking Aspen with other smaller Aspen around. I nudged it with my walking stick to see if it was for real and knocked off a piece about a half inch long. So touchy! Here is the top view as it was growing: 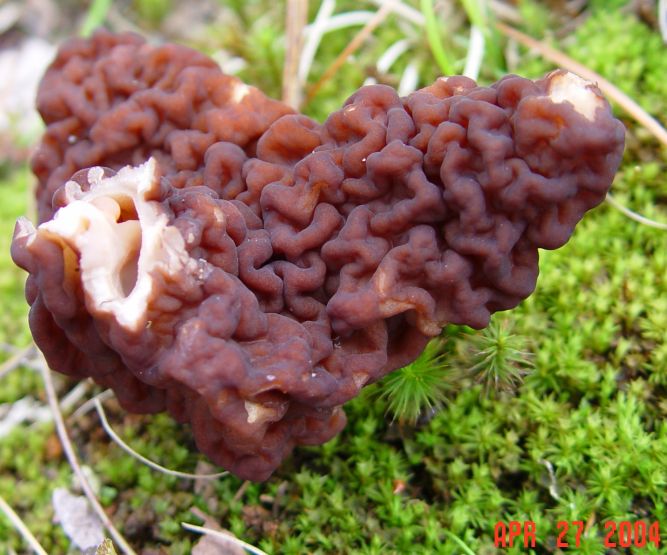 The longest top dimension is 3.5".

Here is what it looks like lying on the side: 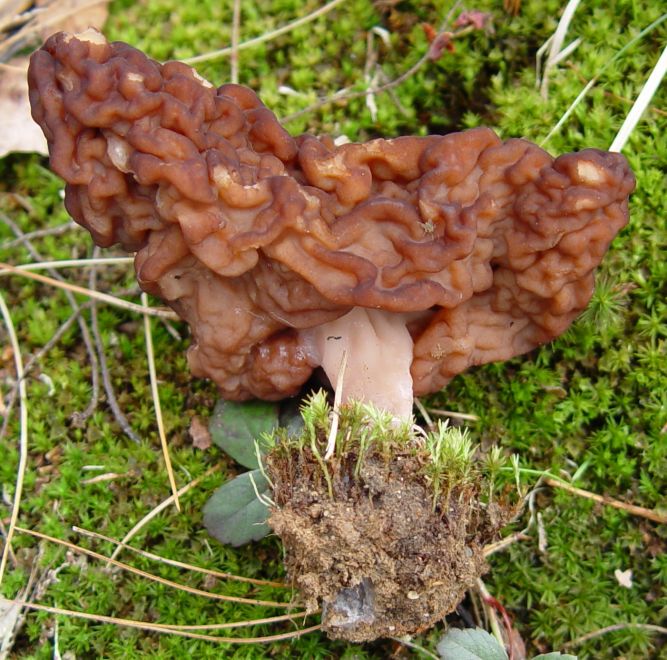 Unfortunately it is a False Morel. Oh well, it is a start :o)

May 9, 2004 I found my first "real" Morel ever. I went on a Morel foray with a Berkshire mushroom club.
We went to woods opposite the Olivia Overlook in Stockbridge. Below is a picture of what I ID as a yellow Morel: 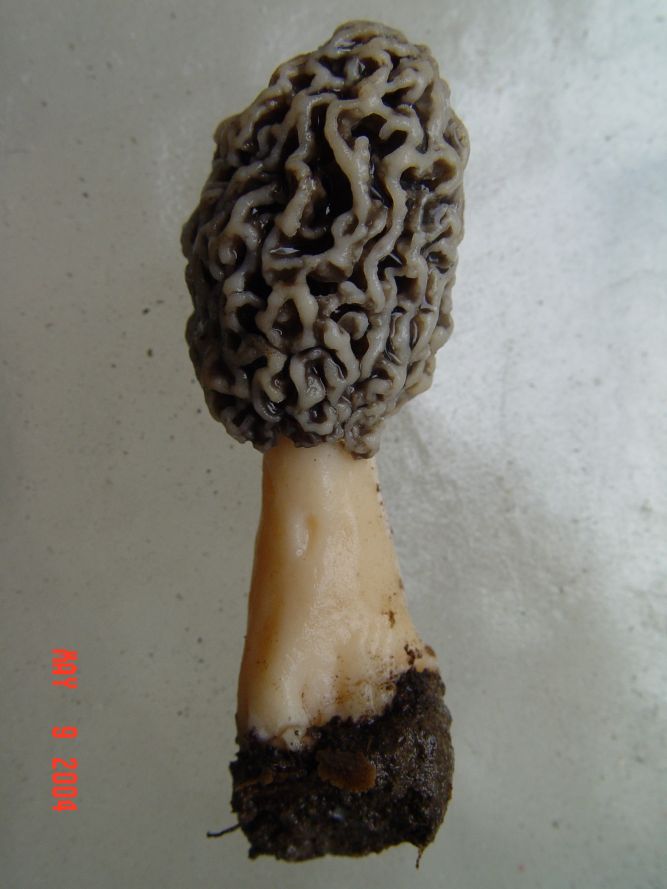 It is 3" high. I found it within 4' of a large White Ash. No one else in the group admitted to having found a Morel. I realize that this means little since I have learned that mushroom hunters have no difficulty lying :o)

When I got home I got a pleasant surprise in seeing an Aspen log, in the back yard, has sprouted Oysters! 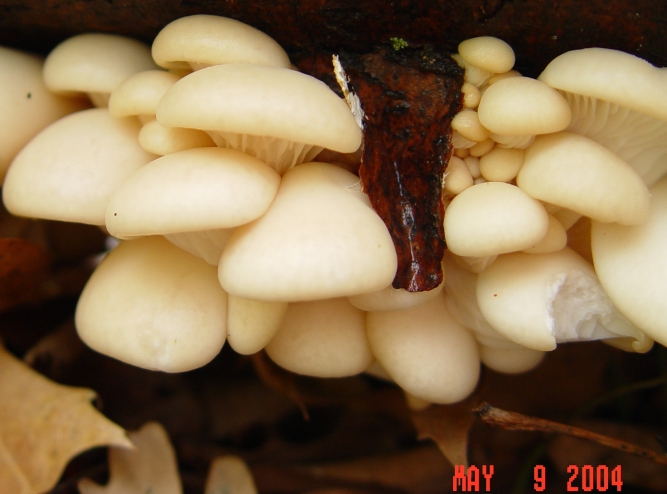 There is enough for a meal.

May 13, 2004 I found 31 Morel in Eastern MA!
All were under old Apple trees that had at least one major limb dead or removed. They were from 3" to 5.5" in height. They were growing from 4 to 8 feet from the trunk of the tree. All were where the sun could get at them. Below is a picture of them all in my basket. 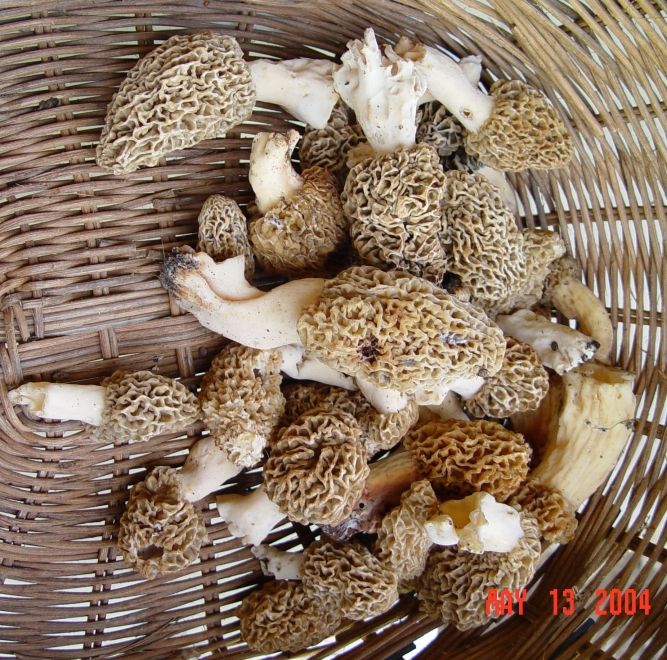 May 15, 2004 Gould Meadows, Stockbridge. There were about 20 people present for the Berkshire Society hunt. Many Morel were found growing in the surrounding trees. Again it was in association with mature White Ash. My guess is that about 50 Morel were found. The regulars that knew private spots wound up with 8 to 15.
I found 2. I gave all the Morel I found to someone that has never tasted a Morel. I know now why it is better to hunt alone or with a partner:o) In a group hunt you not only have to find them but also race someone to get your hands on them! I am too old to run races :o)

Before the regular meet, I went to the Church On The Hill in Lennox. Kennedy Park borders the church cemetery on one side. Beside the paved road and a stone wall there is a strip of grass that varies in width from 2 to 5 feet. I found 4 Morel there. Below is one Morel that was in the process of being eaten alive :o) 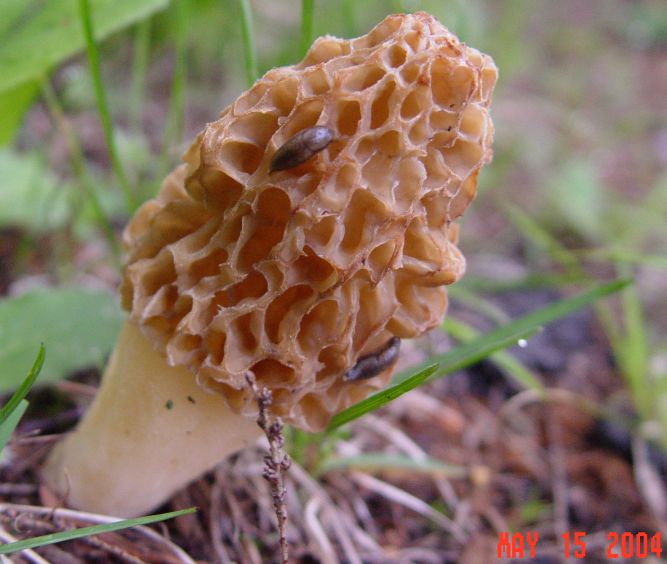 May 17, 2004 Bolton Lime Quarry. Found the first Morel at this site. It was 6.5" tall. It was equal distance from an Oak, an Ash, an Elm and rocks. I think it was associating with the rocks :o) 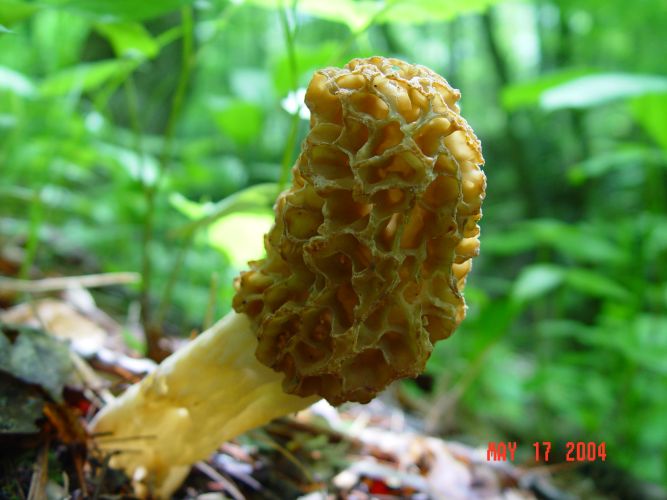 I also explored a site in Westboro where I found a standing dead Aspen with Oysters. I had to go home and get my tool to get them harvested. They were up to 20' up the tree. 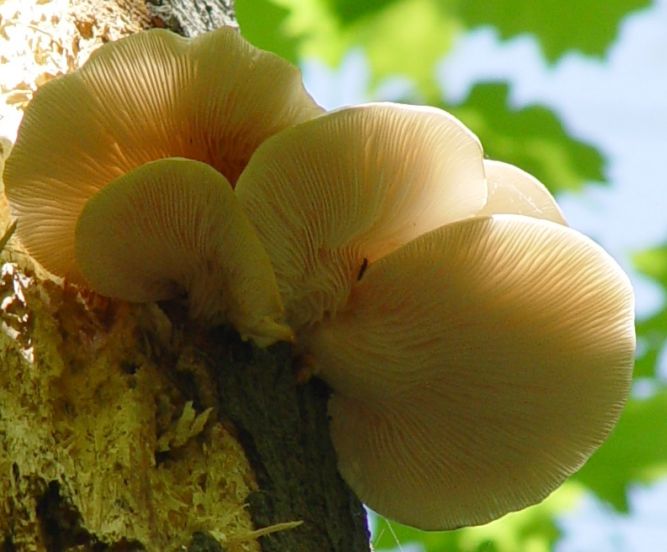 May 20, 2004 Westboro WMA. Found a large Morel under Red Pine that was pretty well finished off by critters: 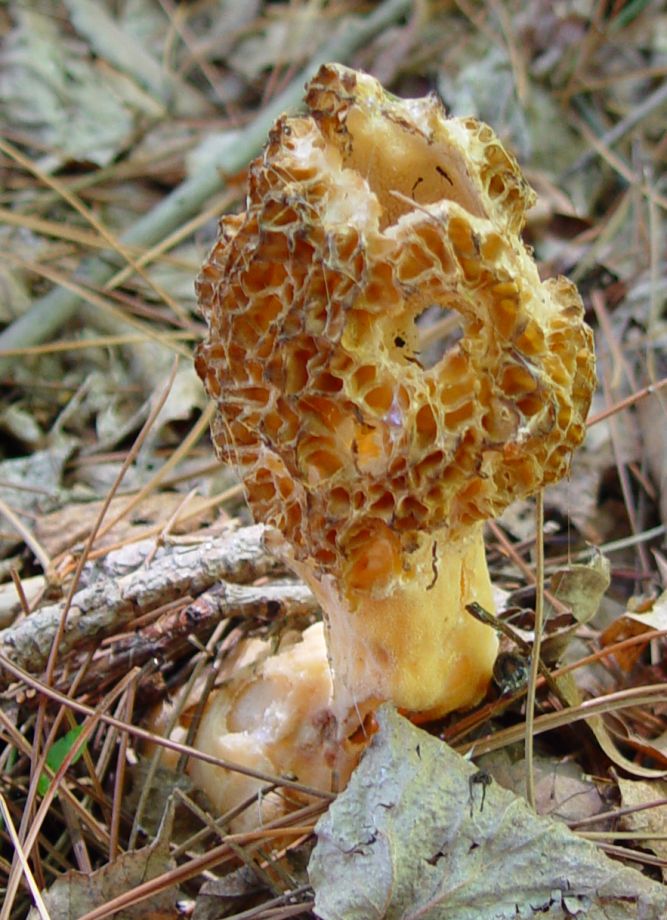 After the recent rain, there is a bumper crop of Oyster mushrooms: 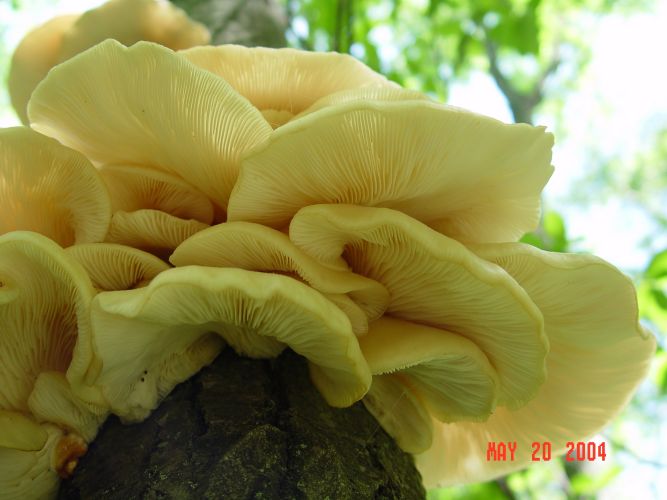