I found this Aspen Scaber Stalk (Leccinum insigne)  for the first time this year on May 23 growing in a small grove of Aspen in Westboro.  There were about 9 that were emerging but they were under attack by slugs.  The largest had a cap of about 3 inches and was pretty well chewed up.  Here is one that has a cap of about 1.5 inches and was still in one piece. 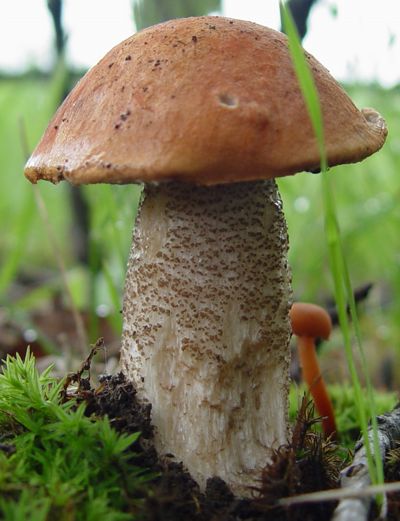 On September 23 I found a prime example of the above species.  The cap measured 4.5 inches and the stalk was 6" long and up to 1.5" in diameter.  The bulb at  the base was 2" in diameter! 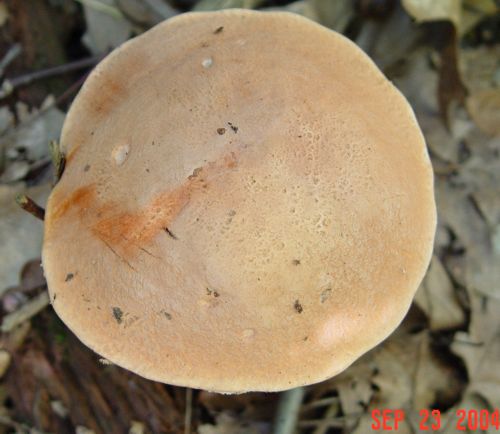 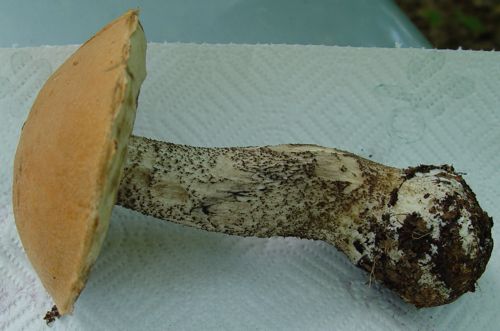 I went on a hunt with a couple of Russians on the upper Cape on June 20 and we found a bucket of Scaber Stalks.  They were much larger and the cap was different color.  Looking at a Cape Cod guide by Bessette, where they list only two Scaber Stalks, I would say this one is Leccinum arenicola or Redhead since Vlad  found 2 Scaber Stalks that did have a reddish color and those must have been the Leccinum aurantiacum aka Red-capped Scaber Stalk: 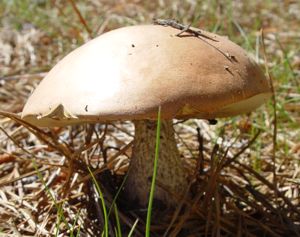 Usually only the cap is visible as in this one, shown below: 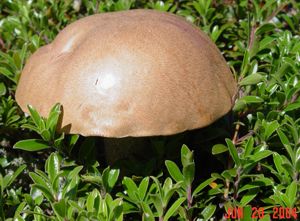 Here is a close-up of the stem: 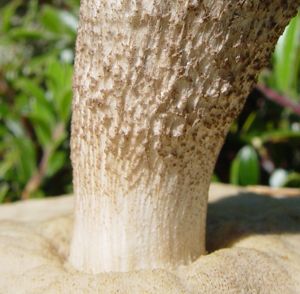 Inland I find the Common Scaber Stalk, here and there.
Leccinum scabrum 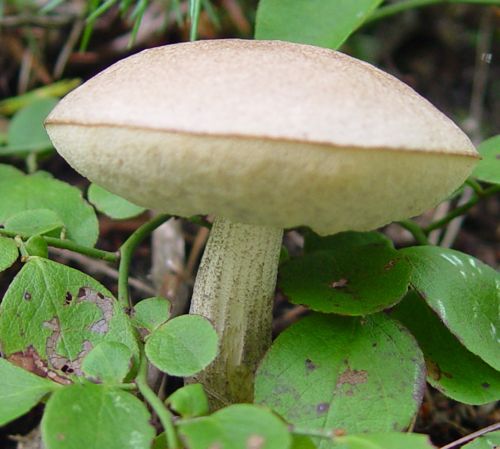 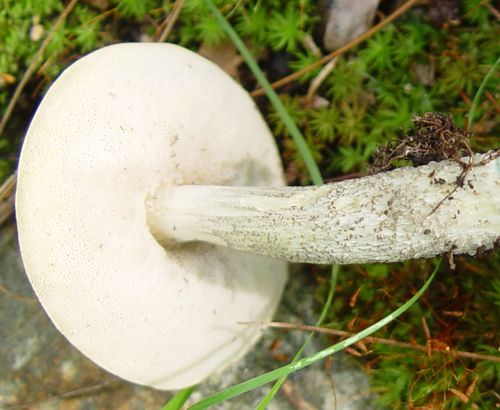 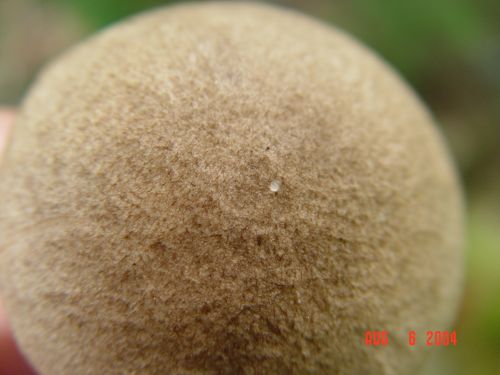 That is not the top of someone's head, it is the top view of the cap.

On September 30 on the Cape:
This time of the year it appears that the Aspen Scaber Stalk grow most everywhere on the upper Cape.  Here is a typical specimen: 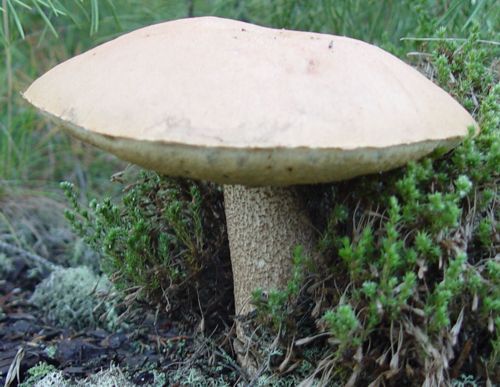 Below are two babies: 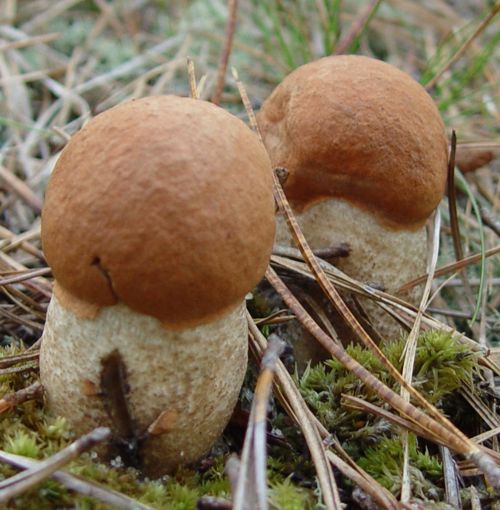